This interesting opera was well-received when it was first seen in Salzburg in 1947 but has seldom been revived. The English translation was commissioned for its British premiere at the Brighton Festival in May 1997. The production was designed and directed by John Lloyd Davies and the cast included Alison Roddy, Alan Oke and Andrew Slater. 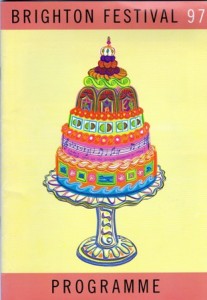 excerpt from the penultimate scene…

HÉRAULT     Ah Danton, and now I can’t even think of a joke to tell, the time has come!

DANTON       Are you even more ruthless than death?

DANTON       How will you stop our heads laughing and kissing when they have toppled off into the
basket?

CHORUS      Hoorah! Just a pile of pebbles and a tuft of turf are a mortal’s final lot upon this earth.